If you are into both skateboarding and fun facts, then you may be interested in learning about who invented the skateboard.

Although this knowledge may not make much of a difference, it’s still just one of those pieces of information that piques curiosity and motivates some people to watch history channels on TV.

We can all joke about how a skateboard may have been an old-school method of delivering newspapers or pizzas, but until we take a look at the history of the skateboard and the purpose of its original invention, all of this is nothing more than pure speculation.

Who Invented the Skateboard?

The modern skateboard was invented in 1963 by Larry Stevenson and mass-production was launched by his skateboard manufacturing company, Makaha. However, skateboarding initially originated in California during the 1950s and was originally referred to as sidewalk surfing. 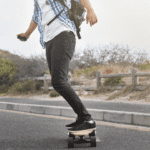 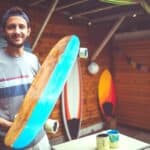 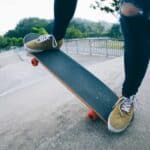 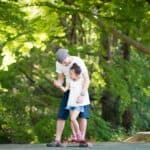 Skateboarding began in the 1950s with California Surfers

Although Larry Stevenson invented the modern skateboard, we still need to give credit where credit is due. Skateboarding originated in California almost a decade before Stevenson’s invention.

Yes, skateboarding was actually invented by a group of surfers in California that decided to get creative and attempt what they called, “sidewalk surfing”. 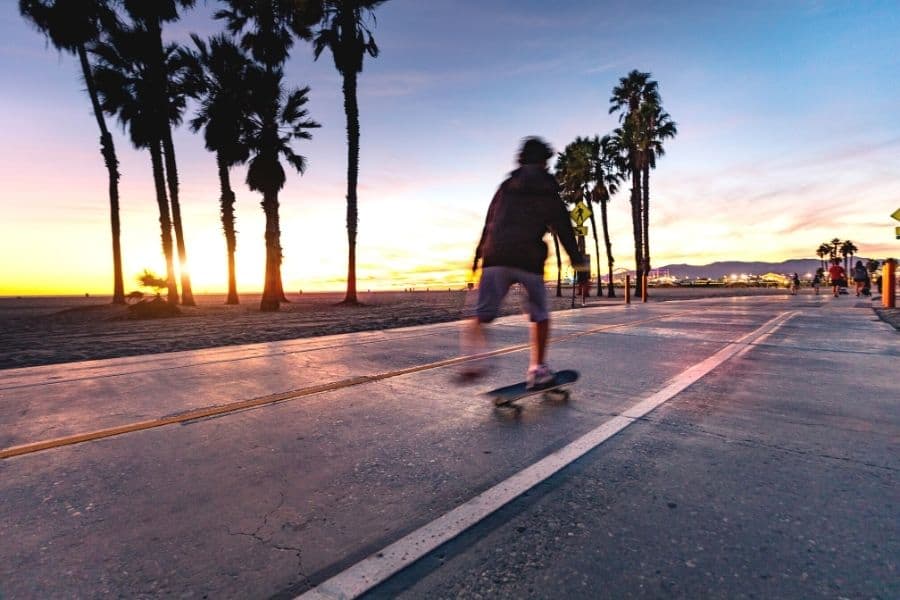 Initially, skateboards were homemade contraptions that were built in backyards across the California coast. Basically, they were just wooden boxes or pieces of wood with roller-skating wheels on the bottom.

Some sources have suggested that skateboards may date back as far as the turn of the 20th century, while other sources insist that Bill Richards was actually the first person to attach clay wheels to a wooden plank in 1958.

Richards reportedly invented the Roller Derby Skateboard that was sold in stores in the late 1950s.

While it’s hard to pinpoint the exact timeframe of when a kid in a garage somewhere first tried to attach wheels to a piece of plywood, it is known that the first modern skateboard was invented by Larry Stevenson and was mass-produced in 1963.

So, what prompted Larry Stevenson to mass-produce his skateboard design? Well, surfing was rising in popularity during that time period and apparently, Stevenson, like any shrewd businessman, saw an opportunity to cash in on the trend. 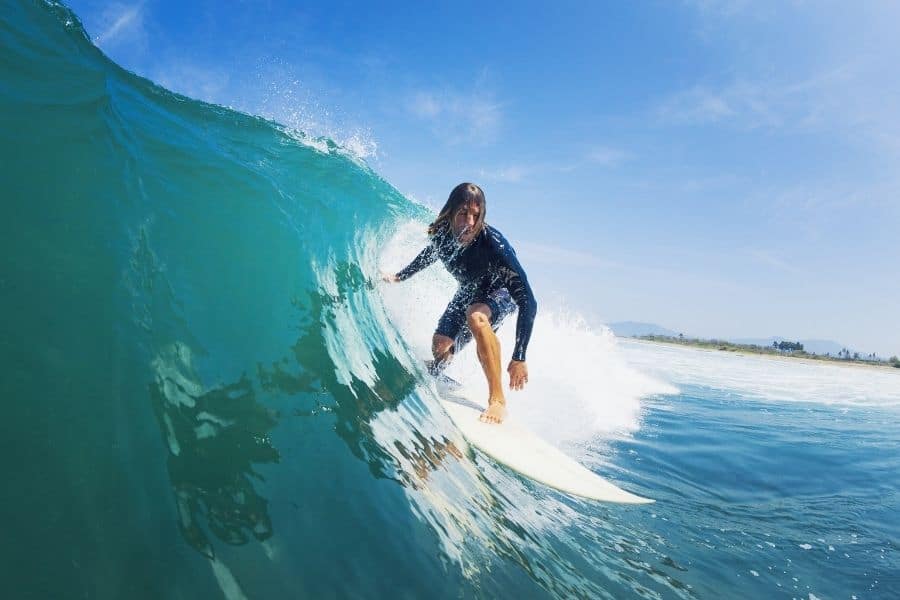 Since California surfers were cruising both the sidewalks and the waves, but using crudely handmade versions of skateboards, Stevenson developed his signature skateboard design, which was undoubtedly better than wooden boxes with wheels, and he subsequently launched his company Makaha to mass-produce his skateboard model and sell it to the public.

Stevenson’s company, Mahaka, further promoted the skateboard by forming the very first skateboarding team in 1963 and hosting the first competition the same year in California.

Skateboarding hit a peak in popularity in the early 1960s with both downhill and freestyle skateboarding techniques.

However, Stevenson’s skateboard design didn’t offer much in the way of maneuverability, and experts were concerned about the safety of skateboarding, so the sport began to decline in popularity.

Although we can’t discount the efforts of a businessman, the surfers seemed to have the right idea all along.

One surfer, Frank Nasworthy, recognized that it was the skateboard’s wheels that posed a safety hazard, and he subsequently invented the soft polyurethane wheels that we still use on skateboards today.

Furthermore, Stevenson’s improved kicktail design enhanced maneuverability and contributed to the revival of skateboarding in the early 1970s.

Of course, we can’t talk about skateboarding inventions without including the invention of tricks. One skateboarder,

Alan Gelfand, who is better known by his nickname, “Ollie”, invented the very first skateboarding trick when he jumped off the ground while his skateboard still appeared to be attached to his feet.

Ollie was invented by Alan Gelfand

This trick is still widely used in skateboard parks today and is still known as the “Ollie”.

In the 1980s, street skateboarding became all the rave with skateboarders using PVC pipes, wooden planks, and other materials to develop innovative tricks and moves on their skateboards. 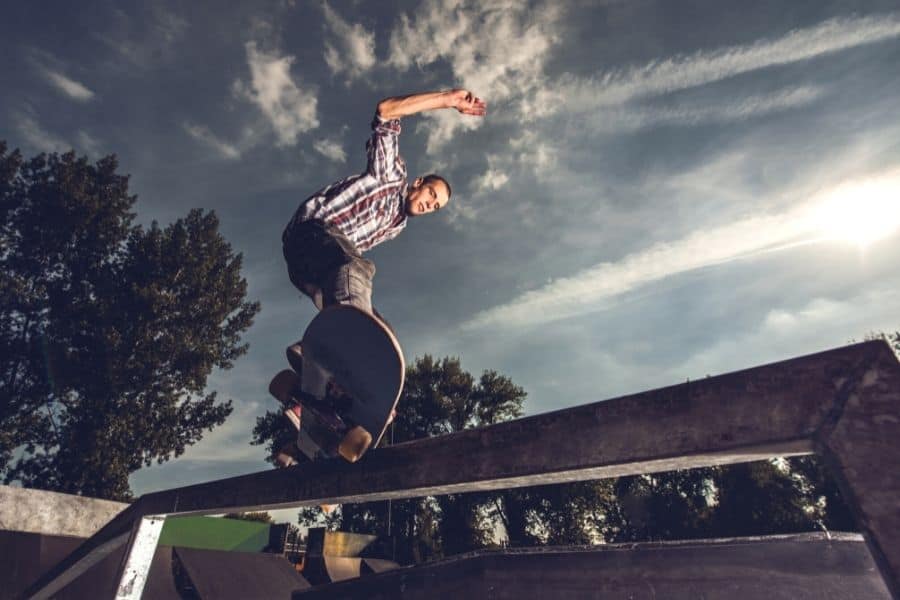 One aggressive group of skateboarders from that period, the Zephyr Competition Team (also known as the Dogtown skaters) would skateboard on abandoned piers and in empty swimming pools. They invented the widely-known aerial trick.

Frequently Asked Questions about Who Invented the Skateboard

How Did Skateboarding Get Invented?

Most sources claim that skateboarding was invented by California surfers in the 1950s when they got creative and decided to try “sidewalk surfing” and that the first person that attached wheels to a board was actually Bill Richards in 1958. However, the officially known inventor of the modern skateboard is still Larry Stevenson.

When Were Skateboards First Invented?

Although it is up for debate as to the exact date that a person first built a skateboard, it is known that skateboards weren’t sold commercially until the late 1950s, with mass production beginning with Larry Stevenson’s company in 1963.

So, it is still arguable as to who actually invented the skateboard and when it was invented.

Was it some kids in a garage in the 1920s or was it really California surfers in the 1950s?

Perhaps that’ll make an interesting conversation to have next Saturday at the skate park.