Do you know how to tell the front of your skateboard? The nose is what you call a skateboard’s front part and is distinctly different than the back end, or tail,  of a skateboard.

Sometimes, the differences are subtle and difficult to pick up on, and you may accidentally ride the board tail first, known as riding fakie, which may influence how the board responds and maneuvers during riding.

There are also some clever ways to easily distinguish the front or nose and back or tail of your skateboard that make it quick and simple to distinguish by sight.

How to Tell the Front of a Skateboard?

The front is broader and flatter than the rear tail. The back is angled up slightly for completing tricks and flips. Some riders put a decal or mark their board so they can quickly ascertain the front and back at a glance. But, if you’re looking at a longboard, the nose will be curved upward and the tail is a bit wider. 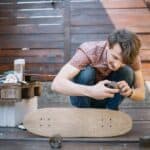 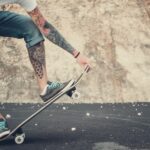 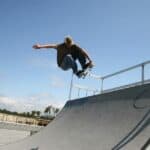 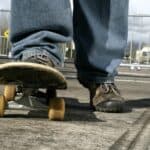 The Nose of a Skateboard 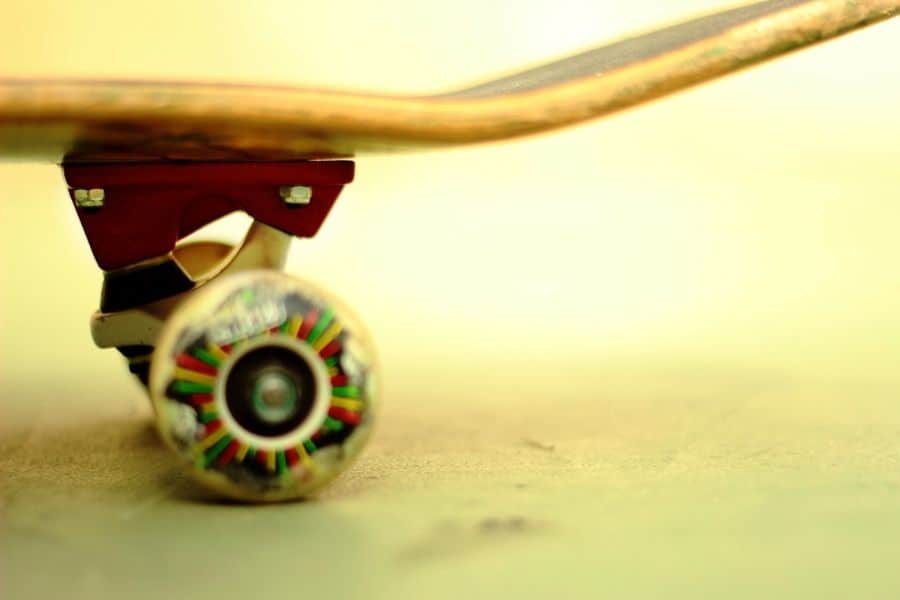 The Nose of a Skateboard

The Nose of a skateboard is like the steering wheel of a car — so you can see why it is important to be able to discern the nose from the tail.

The nose is broader and catches your foot during moves, like an ollie. The nose may or may not be more angular, almost pointed, but it truly comes down to the type and brand board that you are using.

As mentioned, when you are riding a longboard, you will notice some significant differences from a traditional skateboard. For instance, the nose is the curved, inclined end of the board, and the tail is often wider.

Also, some older vintage boards may feature much wider, more pronounced kicktails, both front and back, which can make it difficult to discern.

Fortunately, these same boards often are covered with cool graphics that make it easy to find your nose at a quick glance.

The Tail of a Skateboard 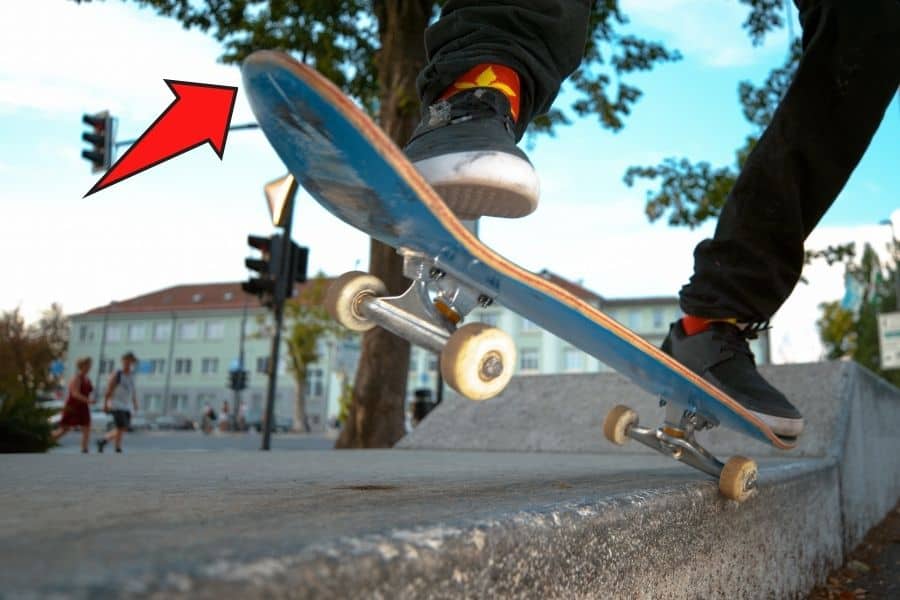 The Tail of a Skateboard

Every skater is different when it comes to preference, just like every board is distinctive, too. Some skaters prefer to ride tail-first, or fakie.

The only issue comes in when you cannot discern nose from tail, which may lead to some issues regarding maneuverability and control.

Older skateboards have a flared and broader tail. Longboards feature a narrower and flatter tail than traditional skateboards.

The tail is often curved upward to help with flips and tricks, as well as to curb wind resistance when riding.

Did you know that some skateboards have two tails? There are some twin-tail style skateboards that have a tail on both ends, which adds a sense of visual symmetry to the board. But how are they to ride?

Some professional skateboarders swear by them!

What You Need to Know about Skateboard Nose and Tail

There is an easy way to address any issue regarding which is the front — or nose — and which is the back — or tail — of a skateboard.

Simply put a decal or sticker, facing the rider on the board, to discern the nose and tail. It really is that easy!

Plus, many professionals opt for cool graphics and paint jobs for this very reason.

However, if you want to skip the fancy graphics, look closely at your board. Do you see a slight rise on one end?

Also, the front tends to be broader than the tail unless you are dealing with a vintage skateboard. Older, 80s style skateboards often featured wider tails for greater stability during street riding.

It simply makes it easier to grab after tricks or to maneuver when you are confident in which end is which!

Skateboards are not usually perfectly symmetrical. The nose of a skateboard should be slightly higher and inclined than the back or tail of the board. This is to catch the foot during tricks and maneuvers. Also, the nose is often broader, though some boards feature tails that are wider.

Do You Ride Nose or Tail First?

You should generally ride nose first, with your front foot leading the way. The back foot is near the back trucks on the board’s tail. If you ride tail-first, it’s a riding fakie.

How do the front and back of a skateboard differ?

The nose or front of the board is usually flatter than the tail or back of the board. Some older styles feature a tail that bends upward, making it easy to distinguish the front and back. Some have wider tails, while others have a broader nose for street riding.

How can you tell the length of a skateboard deck?

Measure the deck of your board while it is on the ground, from nose to tail. If your board has an inclined tail, measure up to where it curves upward ideally to garner the length of your skateboard deck.

Use these tips to quickly discern the front nose and back tail of your skateboard. While you can always ride fakie, it could impact your maneuverability and control to ride back end first in general. Try marking or using decals to provide a visual prompt that never misleads.