Baseball has been around a long time. A big part of its appeal is the unlimited possibilities.

In the standard professional baseball game, there are nine innings of play but there is no limit as long as the score is tied. The game could potentially go on forever.

The outfield has a fence, but there really is no end to that either. There’s no such thing as a time limit, hence, you could be at the game a long time.

How Many Innings in Baseball?

At the professional and college level, there are 9 innings. If the score is tied at the end, they will keep playing, with each team getting to bat, until one team wins. At the high school level, there are 7 innings, and at the younger levels, they play 6 innings. 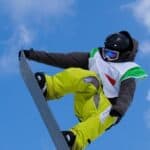 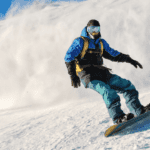 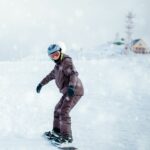 History of the Inning

In baseball, both teams get to bat until they have three outs, and that makes up an inning.

There are nine innings in a standard game, but they will keep playing as long as the score is tied. A game is considered official if a minimum of five innings have been played and the game is stopped due to weather. 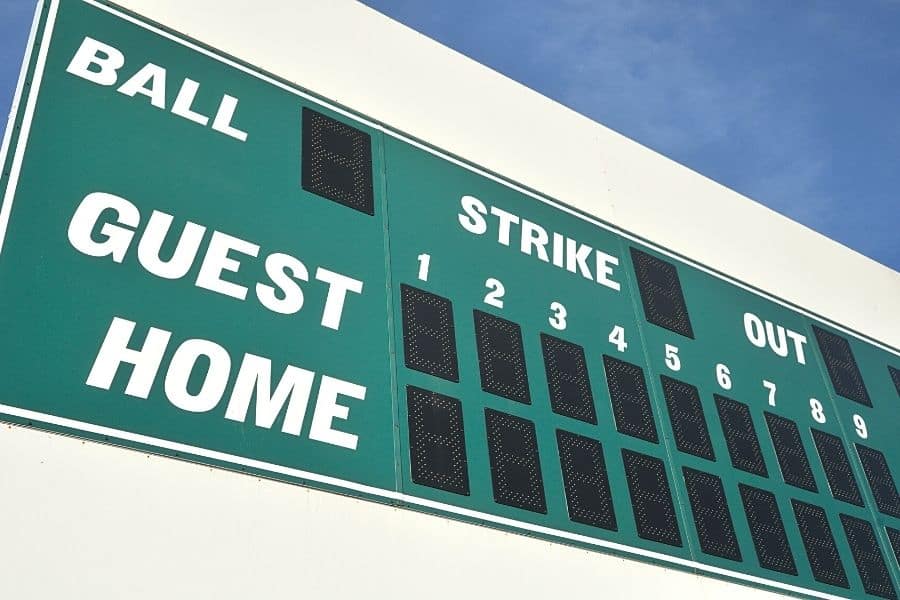 How Many Innings in Baseball? In a standard game of baseball, there are nine innings that need to be played so long as there’s a tie

According to MLB.com, the games originally were played until one team scored 21 runs, regardless of how many innings it took.

The average was six innings but some were much longer.

Pitching got better, the defense improved, and it became harder to get runs. This meant games lasted longer and longer, and many were called by darkness.

This was before stadiums had lights.

The professional baseball we all know today started in 1876.

There had been previous attempts at starting professional baseball, and the first recorded game was in 1846.

In 1856, the rule of nine innings was made, and the first list of rules was made by the New York Knickerbockers.

Baseball has been around since time immemorial. There is no exact time when it was invented, and there was not a single individual who invented the game.

It evolved from the British game of Rounders, and other stick and ball games such as cricket.

In the early 1800s, there was a game called “town ball,” which was similar to baseball but local teams made their own rules.

Games were very informal until the late 1840s when the first attempt at a professional league was made.

In 1846, the first list of rules was made, and most of those rules remain today. Things like nine innings per game, three outs per team per inning, and the distance between bases have remained the same since 1846.

Originally, the game was a hitter’s game, and pitchers served up balls that were fairly easy to hit. It was sort of like recreational underhanded pitch softball is today.

Pitchers eventually started trying to strike out batters, and rules were adjusted. Originally, there were no strikes and balls called, for instance.

In some sports, a game can be called when a team gets so far ahead that it would seem impossible for the other team to catch up.

In theory, at least, a team could score enough runs to catch up no matter how far behind they were in baseball, as there is no time limit.

In Major League Baseball there is no mercy rule, but games can be called because of the weather. There are unwritten rules and ideas of sportsmanship when a lead gets to a certain level. 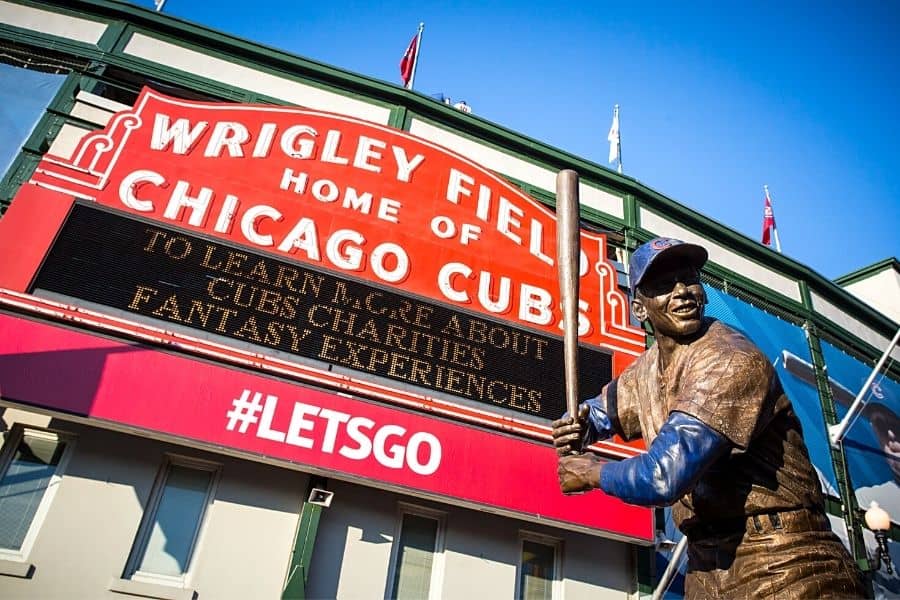 In Major League Baseball, the No Mercy Rule applies, and games can only be called off due to bad weather

There is a 10-run rule that can end a game after seven innings in the minor leagues and in college baseball.

College softball games can be called after five innings if a team is ahead by eight runs. 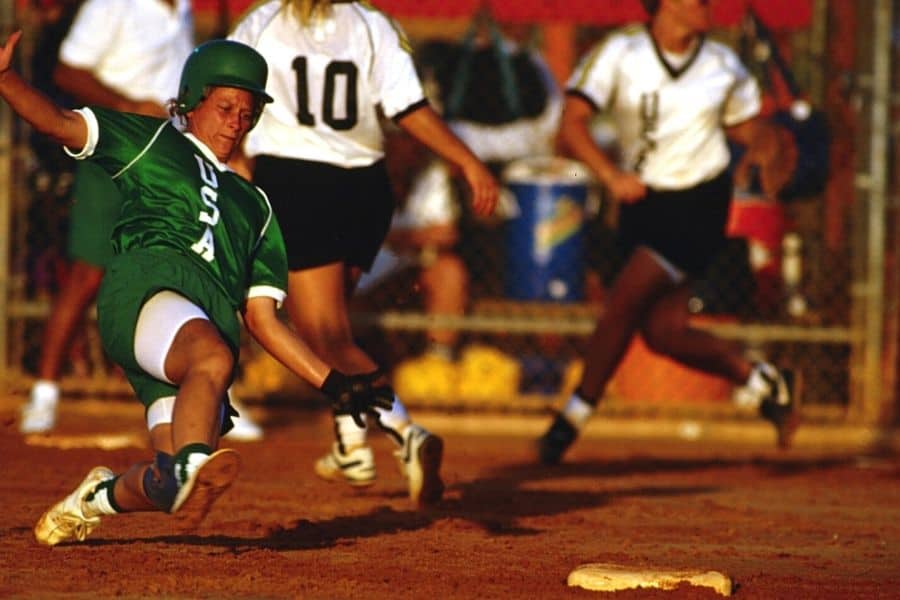 Unlike the nine innings in a Major League Baseball game, college softball games only have 5 innings

At the high school level, a game can be called after five innings with a 10-run lead, or after three innings if a team is ahead by 20 runs.

The major league baseball’s longest game was 26 innings in 1920 with the score tied at one run each. This was between the Brooklyn Robins and Boston Braves.

The game was called due to the darkening environment and is the only recorded game to end in a tie.

In modern times, there have been two games that went 25 innings. In 1984, the Chicago White Sox beat the Milwaukee Brewers 7-6 in 25 innings, and that game was suspended because of the time, 1 a.m., and ended the next day.

During the 1974 season, the St. Louis Cardinals beat the New York Mets 4-3 in 25 innings. This one lasted until 3 a.m. and took more than seven hours.

Softball games are seven innings, and if there’s a tie, the players play extra innings. Softball uses a larger ball.

Aside from that, there’s a shorter distance between the batter and the pitcher.

Slowpitch softball is used in recreational leagues and is a hitters’ game. It is more like the original game that was played in the early 1800s.

Fast-pitch softball is played mostly by women at the collegiate level, and they play seven innings. Their games are much faster than standard baseball games.

Fast-pitch softball is mostly played by women in college, which have seven innings

Frequently Asked Questions about How Many Innings in Baseball

Why is there no mercy rule in Major League Baseball?

The idea has been considered at times, but baseball purists say the game should be allowed to go nine innings at the professional level. The mercy rule is considered something for the lower leagues, and perhaps beneath the dignity of the professional game.

How did the nine-inning game evolve?

Before 1846, local teams made their own rules and there was a lot of variation. Originally, teams played until one team scored 21 runs, regardless of the number of innings. Perhaps it was because there were nine players on the field, the idea of nine innings was adopted.

Why are games shorter at younger age levels?

In high school, games are seven innings, and in little league, six innings make up a game. There is more variety in the skill level of players, and at young ages, it is believed games would last too long if nine innings were played.


Conclusion About How Many Innings in Baseball

Baseball is considered America’s game, and it has been around for a very long time.

The first list of rules was made in 1846, and the essentials of the game have not changed since that time.

That’s 176 years ago. The idea of the inning came about even before the 1840s, with each team getting three outs.

The idea of nine innings was adopted in 1846 because they wanted to shorten the game, and no one wanted games to end in a tie.