It’s been described as a cross between snowboarding and motocross. Snowboard cross, also called boardercross, is a race on an obstacle course on snowboards that is exciting to watch.

Competitors reach speeds of over 60 mph and can pull up to three Gs. It’s no surprise that crashes and collisions are a normal part of this demanding sport.

What is Snowboard Cross?

Snowboard cross, originally called boardercross, is a sport where 4-6 snowboarders race down a course laden with obstacles. The first competitor that crosses the finish line’s the winner. Obstacles include jumps, sharp turns, rollers, berms, and drops. The sport started in 1991. It became an Olympic sport in 2006. 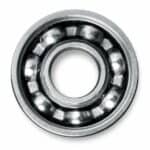 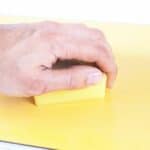 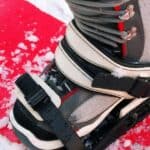 The Early History of Snowboard Cross

Snowboard cross was a sport originally born out of desperation. Greg Stump’s World of Extremes was a six- to seven-minute-long segment shown for the Fox TV show called The Ultimate Challenge.

In 1991, filming was going well – until skier and filmmaker Stump and his partner Steven Rechtschaffner realized that they were contracted to do one more segment. They had no other sport to film.

So, Stump and Rechtschaffner decided to invent one, although the original idea has been credited to Rechtshaffner.

Using a snowcat, they built a rudimentary downhill course similar to a motocross course on Blackcomb Mountain in Whistler, British Columbia.

Stump’s business manager, John Graham, came up with the name “boardercross”, which combined “boarder” (short for snowboarder) with “cross” (from motocross.)

The original race had fifteen heats with forty-eight competitors in all. The name of the first winner was, oddly enough, not included in the film.

When the boardercross segment aired, and word spread from the original competitors about how much fun boardercross was, more snowboarders took up the challenge.

Many liked the objective nature of how to win – just be the fastest. Other snowboarding events of the time had judges that gave out awards seemingly on a whim.

Eventually, rules were established, especially for how much contact was allowed between competitors. Judges eventually showed up, but only enforced rules.

Snowboarding then became part of the 1995 X-Games. It joined the Snowboarding World Cup in 1996.

The next goal was to make boardercross an official Olympic sport. Although already gaining in popularity, it was hoped that the sport would hit the mainstream by getting to the Olympic world stage.

In order to do that, the sport had to become part of the Fédération Internationale de Ski (FIS), which changed the name to Snowboard Cross because Rechtschaffner had wisely trademarked the name “boardercross” (usually spelled with a lowercase ‘b’.)

Whatever you want to call it. it joined the ranks of Olympic sports in 2006 and has been competed at the Olympics ever since.

Not all events are governed under FEI rules, but any event having to do with the Olympics must follow FEI rules.

Although men and women competed together in the very first boardercross competition, they now compete separately. Competitors go through several rounds so they can gain a coveted spot in the final race.

First, there is an individual time trial. This round is called seeding for men, and qualifiers for women.

Next, there are elimination rounds to see who gets a coveted spot in the final race. They get to compete with others.

During the seedings or qualifiers, numbers and bib colors are assigned based on their times. The fastest qualifier is assigned number 1 and wears a red bib.

The big advantage of being Number One is getting to pick a spot in the starting gate instead of being assigned one.

Eventually, racers get to the final round. For the Olympics, this usually means there are six racers competing.

The winner is simply the one who’s body or front tip of the snowboard crosses the finish line first. In the case of two or more competitors that seem to cross the finish line together, judges determine a winner or if there should be a tie.

One of the best competitors in snowboard cross was Lindsey Jacobellis, who won ten titles in the X-Games and 29 World Cup events. Jacobellis never managed to get an Olympic gold medal, despite a few attempts.

She is perhaps best known for being well in the lead in the finals in the 2006 Winter Olympics in Turn when she tried to do a trick at the last jump – and fell. She did manage to get silver.

There has (so far) not been a dual gold medalist in the Women’s Snowboard Cross, but Eva Samakova of the Czech Republic won a gold and a bronze.

An important athlete who did not get an Olympic medal was Sean Palmer, who also competed in other snowboarding and skiing events. He won three X-Games medals and two Snowboard World Cup medals in boardercross.

Snowboard cross is also an event in the Paralympics. It debuted for the 2014 Sochi Winter Olympics.

The podium was swept by American competitors, including silver medalist Mike Shea. He lost his lower left leg while wakeboarding in 2002.

In his career, he also became a gold medalist at the World Para Snowboard Championships. He was nominated for an ESPY in 2014 and 2015.

Although he did not win the most medals, Shea remains one of the most inspiring.

Frequently Asked Questions About What Snowboard Cross is

Can You Go Faster on Skis or a Snowboard?

Although both sports are fun and demand a high level of skill, when it comes to skis, they are far faster than snowboards. The fastest skier was a run by speed skier Ivan Origone at just over 158 mph. In contrast, the fastest snowboard run was by Edmond Plawczyk at a mere 126.309 mph.

Obstacles in snowboard cross slow down a competitor. They usually go from 55 to 61 mph. This is still fast enough for racers to feel up to three G forces.

Just like any other sport, snowboard cross is difficult for the average person, even someone familiar with snowboarding. It takes years of training and practice to end up being a winner, let alone a champion.

The Least You Need to Know

Snowboard cross, also called boardercross, is a race where four to six competitors snowboard down a mountainside on a course similar to a motocross course.

Racers navigate jumps, bumps, turns, dips and try not to get into collisions with other racers. It’s exciting to compete in and watch.